Skip to content
November 21, 2011August 13, 2017 momentsintimefashion
OK whats exotic?? Here in the far cold north we find countries in Asia very exotic because they are very different from what we are used to. Exotic really means something different. I have to say that the most exotic place I’ve ever been is a small German island situated in the North sea. Germany, the North sea?? How can that be exotic you may wonder.

I bet you’ve heard of the White Cliffs of Dover, but have you heard about the Red Cliffs of Helgoland?? I suppose not. But here they are, the flag of Helgoland is green, red and white, not to wonder when you look at the above photo. Or as the say in Helgoland: Grün ist das Land, Rot ist die Kant, Weiss ist der sand, das ist die farben von Helgoland.  Translated it means; The land is green,  the edge is red,  the sand is white, this is the colors of Helgoland.

Here is Die Lange Anna or tall Anna as we can call it in English, she is about to crumble away, so they are trying to protect her against the power of the sea.

The main island is divided into two, underland where the shops are and overland where most of the about 1400 inhabitates of Helgoland lives. Between underland and overland there is an elevator bringing people up and down. The funny thing is this elevator closes at 23 so if you’ve not left the pub in time you have to walk up the stairs. We mostly walked the stairs that week we spent in there. Helgoland is mostly known as a tax free island, hordes of German pensioners are invading the island every day, they shop for 4-5 hours before they leave, for them Helgoland is just shops, for me the shops are the least interesting part of this wonderful island, or these islands because it’s two small islands.

The other island is called Düne, it consist of mostly sand and has lovely beaches both for the seals. 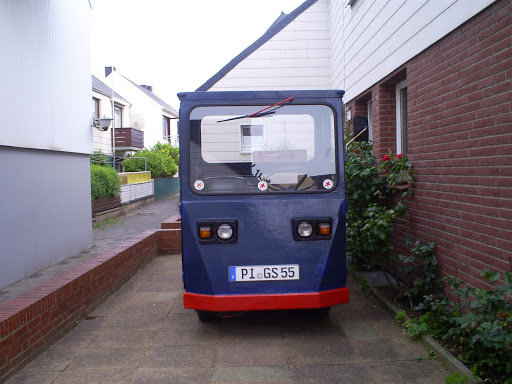 Helgoland is virtually free of cars, it’s such a small island only 1,0km2 (04 sq mil,  the few cars is electric and transport goods around (take a look at the licence plate) There is a couple of ambulances on gasolin, I was brought to the hopital in one after spraining my foot in the stairs between overland and underland (no it was not after a visit to the pub) I wish I’d taken the elevator.

I think maybe you understand now why I find Helgoland the most exotic place I’ve been to. This small island has also a very big history. You can read more about Helgoland HERE
More exotic photos you can find HERE at Helenes place
.

View all posts by momentsintimefashion

This is a text widget, which allows you to add text or HTML to your sidebar. You can use them to display text, links, images, HTML, or a combination of these. Edit them in the Widget section of the Customizer.